For the first 12 years of my life, I lived in Saigon, among fluttering white parasols and deafening bombs. It gave me an acute awareness of the preciousness of life and the cruelty of humans on its negative side. Soon after we returned to France, I was able to attend the Apollo launch that sent men to the moon. Finally, I saw human intelligence used for something other than war, and I saw the positive side of people. And with that, I was inspired to study astrophysics and the mysteries of space and consciousness.

In the meantime, I encountered Ceylon and its British colonial presence, Congo, Morocco with its fantastic gardens, Martinique with its creole and its humor, Paraguay, Polynesia and its fragrances, and Easter Island and its mysteries. Throughout my discoveries of poverty and wealth, of solitude and friendship, I remained inspired by the powerful images of men on the beautiful satellite that is the moon. This gave me the energy to continue studying, through all the years that followed, and to share this information about science through my art. My passion has led me to study philosophy, fine art painting, psychoanalysis (with Carl Jung and synchronicities), astrophysics (Carl Sagan and many others), and consciousness and its links to the universe. I’ve gone in search of the Self through bosons, neutrinos, particles, black holes, gravitational waves, Planck walls, quantum mechanics, double causality, space, and time.

In an article about me in Force One, journalist Mathias Durand-Reynaldo wrote, “Her life is so intense that if a great writer ever decided to make a feature film, he wouldn’t know where to start.” He also pointed out that my “space-time concepts are not necessarily in sync” with those of my contemporaries. I have lived a lot, seen a lot and learned a lot, without having chosen it. If that sounds like a lot to you, I can assure you that for me it has been even more. Life deserves to be lived to the fullest, doesn’t it?

For years, I have painted and sculpted these links, this relationship between being and physics. In 2017, I filed an international patent on my work and sculpture “The Walls of Light” (in front of the city hall in St. Barth), which uses layers of translucency to define the multi-dimensions of the beings within us. In 2022, I continued that journey with the launch of KQuasars, the first NFT collection created on St. Barth, in which I’m using new technology to explore my lifelong curiosity about the relationship between science, art, space, time, consciousness and us.

She becomes the first St. Barth artist to enter the NFT space with KQuasars, a collection of works based on black holes and quasars, representing her lifelong fascination with the universe.

Doctor Bruce Lipton dedicates a “Spotlight” to her, and on her research on the Universe and Consciousness.

Between Art and Science : A retrospective of her entire career is presented in the Museum of St. Barthelemy. Invited physicist Philippe Guillemant and Quattrocchi organize a kind of game that allows participants to understand the tools of consciousness through synchronicities.

She decorates a residency in London with 17 commissioned paintings.

She registers the patent for “The Wall of Light”. A sculpture concept that combines multi dimensionality, painting and light and can also be used as room dividers or to illuminate pools or exterior spaces.

Quattrocchi realizes and donates a “Wall of Light” sculpture on behalf of the President of St Barthélemy to his Serene Highness Prince Albert II of Monaco. It get’s installed in front of the City Hall of Gustavia. 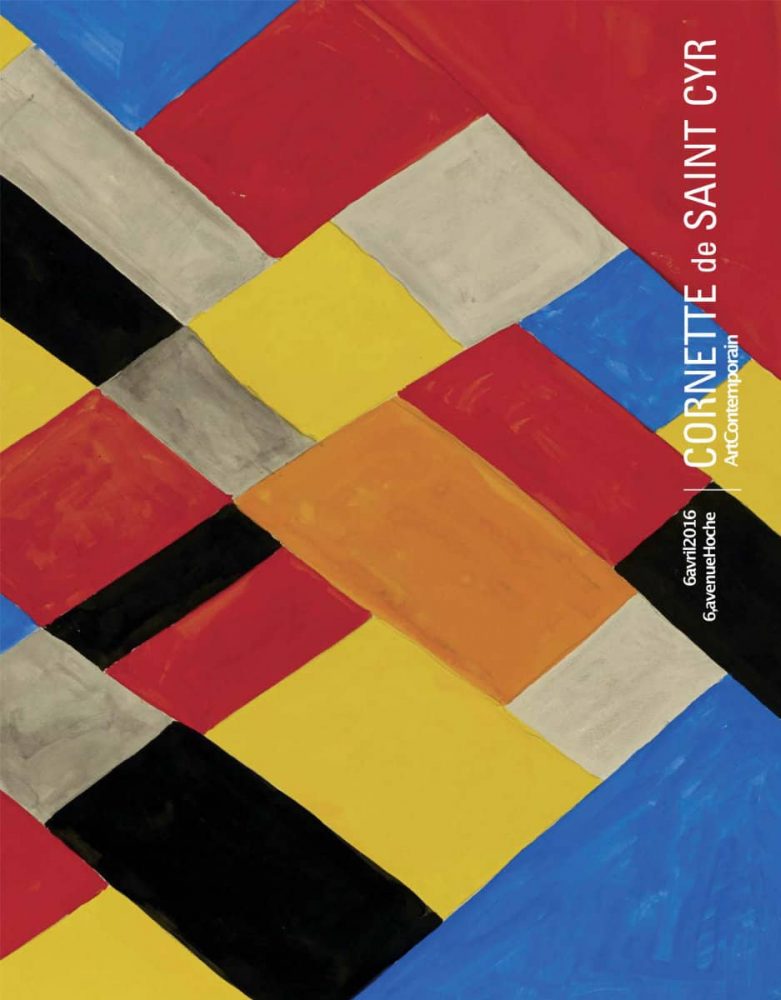 She participates in charitable actions for the WWF, in favor of Tigers. This is a collaboration with the Prince Albert II of Monaco Foundation and Sir Stelios Haji Ioannou Philantropic Foundation.

Caritative Exhibition for the Heart Fund at the Hotel Carl Gustav in St Barth.

Quattrocchi paints the poster for the music festival of St. Barthelemy using her pointillism technique. The original painting sells at auction for the benefit of the Festival.

She sells her gallery and paints for stars and top models such as Izabelle Scorupco and Jeff Goldblum among others.

She inaugurated her gallery ‘Espace 21’ and worked with ‘Maitre Pierre Cornette de Saint-Cyr’ on an exhibition of Modigliani, Picasso, Arman, Cesar, Leonor Fini, Chemiakin, Raoul Dufy, Marie Laurencin, and herself. She met at the time a very good friend of Madame Hillary Roddham Clinton and carried out a special commissioned order for a portrait of Madame Clinton. From this moment on, she painted many portraits using the pointillism technique.

Autumn Salon in Paris. Kay Quattrocchi meets with Michael Turovsky who tought her the technique of figure-abstraction. This, she says, was a great experience.

The “Creole Marine” was acquired by the Museum of Martinique.

For the bicentenary of the revolution, Kay Quattrocchi creates the “Marianne of the DOM TOM,” acquired by the president of Martinique’s local council who offered lithographies to Mr François Mitterrand and Mr Jacques Chirac. The “Marianne of the DOM TOM” was presented to the French television along with a song with 40 voices created by Kay Quattrocchi and harmonized by Mr Laouchez.

The Polynesian government and the experts in the art of stamps from the French Post Offices chose one of her works to be presented in the international philatelic collection: the “Stone Carrier” exhibited at Paris’ Porte de Versailles.

Kay Quattrocchi traveled and showed her work in many countries and exhibitions such as Paraguay, Isla de Pasqua, New Zealand, Australia, Japan, and Tahiti. For two years she was the creator and presenter of a program for the French TV, during which time she also performed in two movies. She completed many drawings that depicted Polynesian traditions such as tattoos, dance, etc., and met with Paul Emile Victor who was her hero as a young girl and with whom she made exhibitions. She also met with Joel Blanchard who was a student of Dali and became her tutor.

She lives in Morocco

She lives in Ceylon, Sri Lanka

She lives in Martinique

She grew up in Saigon during the Vietnam war. Her father was an engineer and her mother an art teacher. She spent her first years of schooling at the Regina Mundi School, “Les Oiseaux” in Saigon.

Kay Quattrocchi was born in Africa and moved to Vietnam with her family when she was 9 months old.

Exhibition of “La Marianne” at the Palace of Congress Paris, 73rd congress of the mayors of France presided by Mr. Jacques Chirac

Centre of the Arts (Guadeloupe) presentation of La Marianne

OTAC 150 painters for the Festival of Oceania

You can find out more about which cookies we are using or switch them off in settings.

This website uses cookies so that we can provide you with the best user experience possible. Cookie information is stored in your browser and performs functions such as recognising you when you return to our website and helping our team to understand which sections of the website you find most interesting and useful.

Strictly Necessary Cookie should be enabled at all times so that we can save your preferences for cookie settings.

If you disable this cookie, we will not be able to save your preferences. This means that every time you visit this website you will need to enable or disable cookies again.